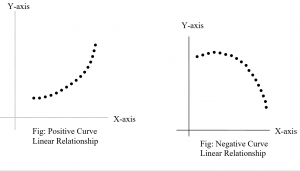 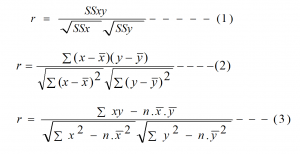 n = Number of pairs of data. 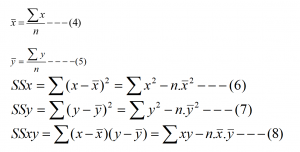 Null hypothesis
(H0): β = 0 (This null hypothesis means that there is no correlation between the x and y variables in the population.) 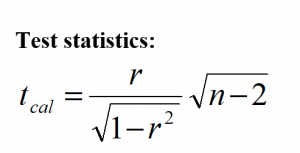 It follows the student’s t-distribution with (n-2) degree of freedom.

You may also like: Simple Regression Analysis || Data Analysis and Modeling || BCIS NOTES.