Leadership is defined as influence that is, the art or the process of influencing people to that they will strive willingly towards the gaining of group goals. In general it is basically an art of inspiring and influencing the subordinates so that they work hard and corporate enthusiastically in the achievement of group goals.

STEPHEN P. ROBBINS “ Leadership is the ability to influence a group towards achievement of goals.”

Functions of a leader:

It is the oldest approach which dominated the field of leadership till 1940s. It argues that leadership is largely a matter of personality, a function of specific traits. Differentiates leaders from non-leaders. This approach assumes that ‘leaders are born, not made’. To be a leader a person must possess certain qualities. But in fact there is no scientific prove on this theory.

It is based on the premise that effective leadership is the result of effective role behavior. Success of leadership depends more on what the leader does than on his/her unique traits. The leadership effectiveness is determined in terms of how leaders delegate their tasks, how they communicate with and motivate their followers.

There is no one best style of leadership universally applicable to all situations.

If asked to describe the person on a series of bipolar objective scale as given below:

It was developed by R.J. House and Martin Evans. This theory is based on the expectancy the0ry of motivation. 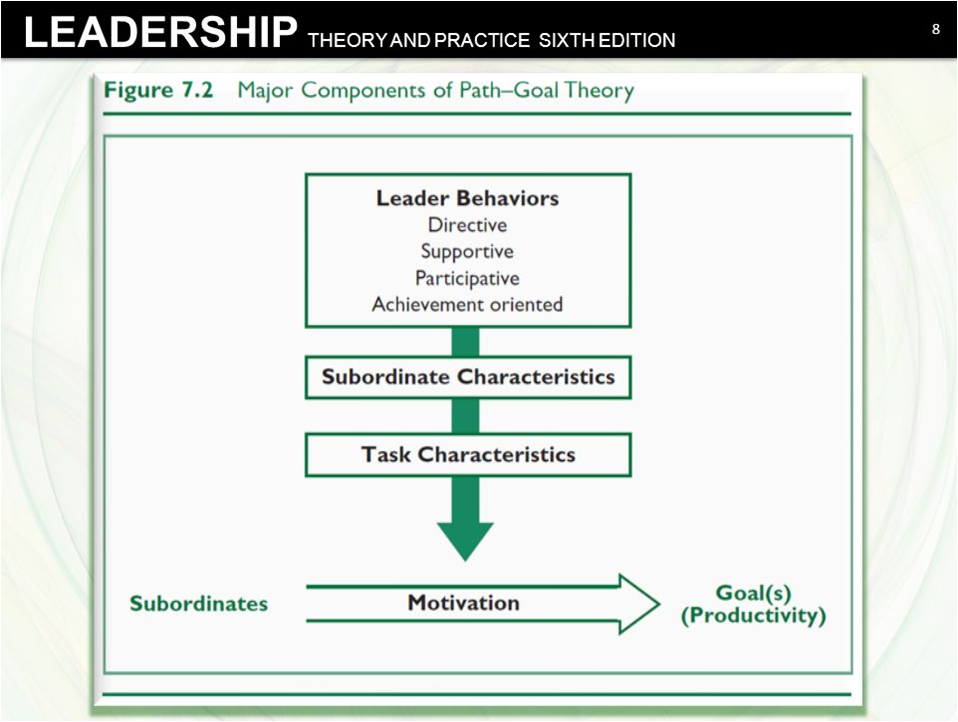