Garbage Collection is a process of reclaiming the runtime unused memory automatically. In other words, it is a way to destroy the unused objects. To do so, we were using a free() function in C language and delete() in C++.

Unreachable objects: An object is said to be unreachable if it doesn’t contain any reference to it.

The garbage collector determines which pieces of memory are in use and which are not. 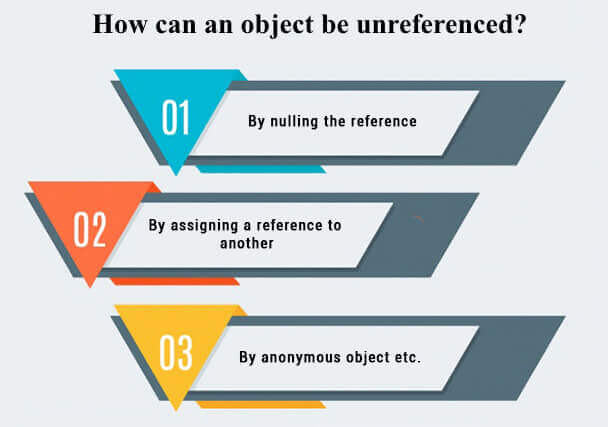 How can an object be unreferenced?
There are many ways:
– By nulling the reference
– By assigning a reference to another
– By anonymous object etc.

By nulling a reference:

By assigning a reference to another: