The answers to the Very Short Questions Spring 2016 are given below:

1. What is meant by scarcity in economics?

ANS- Scarcity or paucity in economics refers to limitation – limited supplies, components, raw materials, and goods – in an environment with unlimited human wants. It is the fundamental economic problem of having what appears to be limitless human wants in a world with limited resources.

ANS- A supply schedule is a chart that shows output based on the market price per unit, while a supply curve presents the supply schedule’s details using a graph. 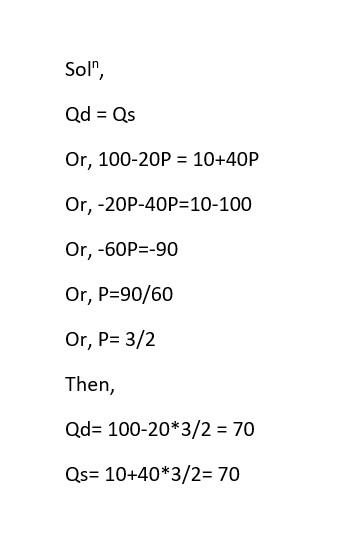 4. What is the income elasticity of demand?

5. Why is isoquant convex to the origin?

ANS- An isoquant must always be convex to the origin. This is because of the operation of the principle of diminishing marginal rate of technical substitution. MRTS is the rate at which a marginal unit of an input can be substituted for another input making the level of output remain the same.

ANS- Economies of scale are the cost advantages that enterprises obtain due to their scale of operation (typically measured by the amount of output produced), with cost per unit of output decreasing which causes scale increasing.

7. Why AR and MR curves are horizontal straight line in perfect competition?

8. Point out the features of oligopoly.

ANS- The three most important characteristics of oligopoly are:

9. What are the elements of gross profit?

ANS- The elements of gross profit are:

ANS- The four causes of wage differentials are:

You may also like Pokhara University || Spring,2016 || Introductory Microeconomics