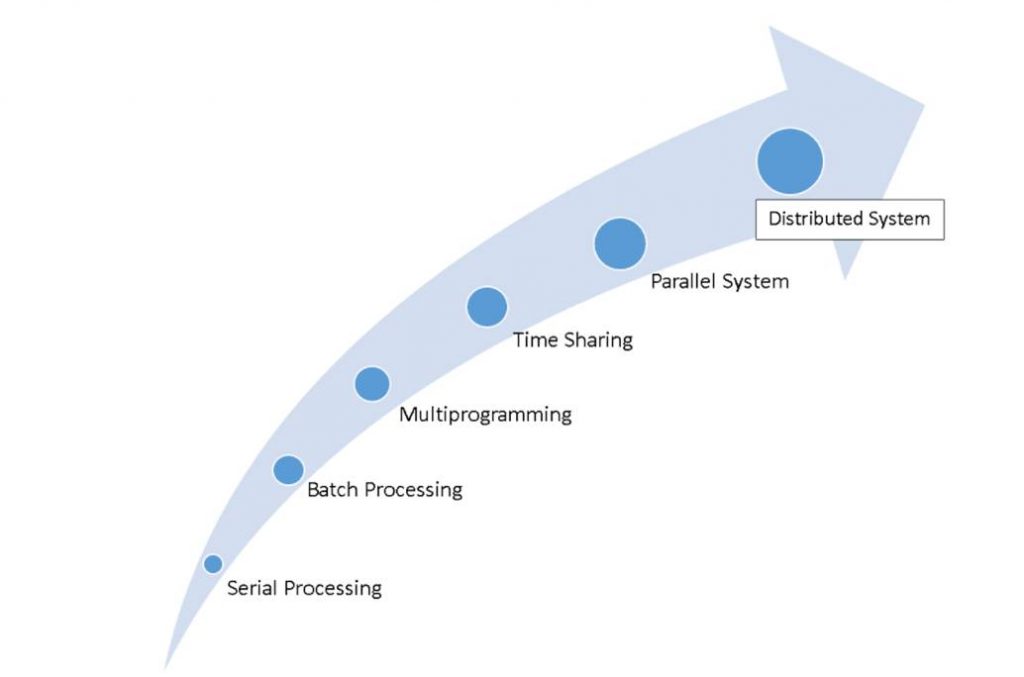 History of the operating system started in 1950. Before 1950, the programmers directly interact with the hardware there was no operating system at that time. If a programmer wishes to execute a program on those days, the following serial steps are necessary.

a. Type the program or punched card.
b. Convert the punched card to a card reader.
c. submit to the computing machine, is there any errors, the error was indicated by the lights.
d. The programmer examined the register and main memory to identify the cause of an error
e. Take outputs on the printers.
f. Then the programmer ready for the next program.

Before 1960, it is difficult to execute a program using a computer because of the computer located in three different rooms, one room for the card reader, one room for executing the program and another room for printing the result.
The user/machine operator runs between three rooms to complete a job. We can solve this problem by using batch processing.
In batch processing technique, the same type of jobs batch together and execute at a time. The carrier carries the group of jobs at a time from one room to another. Therefore, the programmer need not run between these three rooms several times.

In a distributed operating system, the processors cannot share a memory or a clock, each processor has its own local memory. The processor communicates with one another through various communication lines, such as high-speed buses. These systems are referred to as “Loosely Coupled” systems.