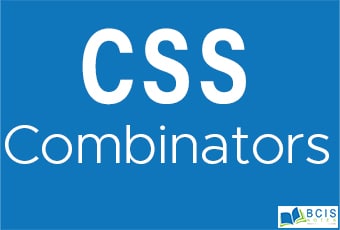 The final selectors we will look at are called combinators, because they combine other selectors in a way that gives them a useful relationship to each other and the location of content in the document.

There are four types of combinators available in CSS which are discussed below: 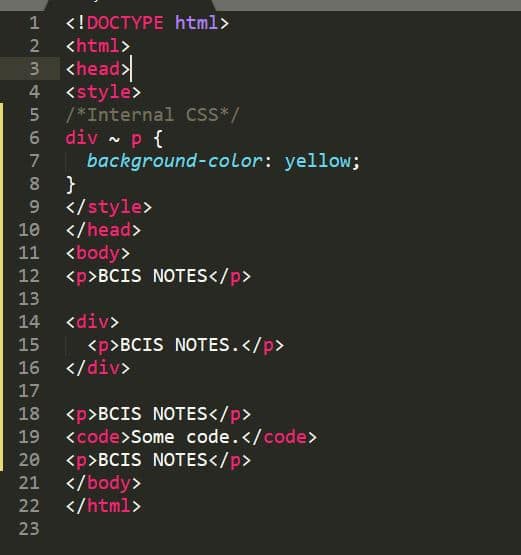 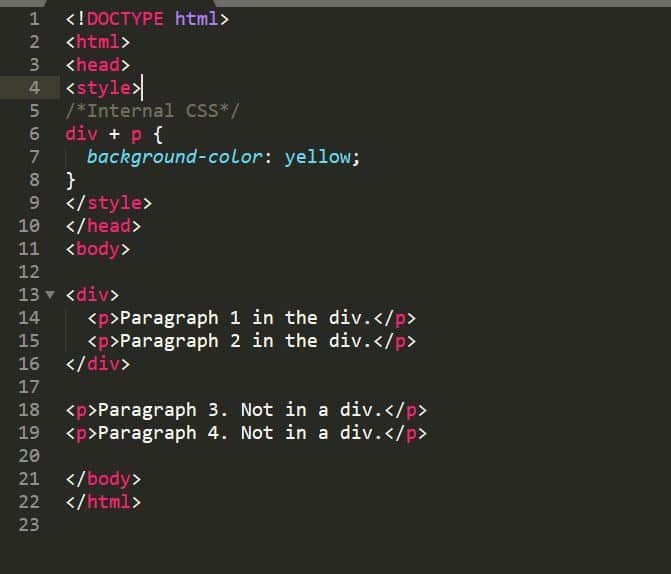 This selector is used to select the element that is the immediate child of the specified tag. This combinator is stricter than the descendant selector because it selects only the second selector if it has the first selector element as its parent. 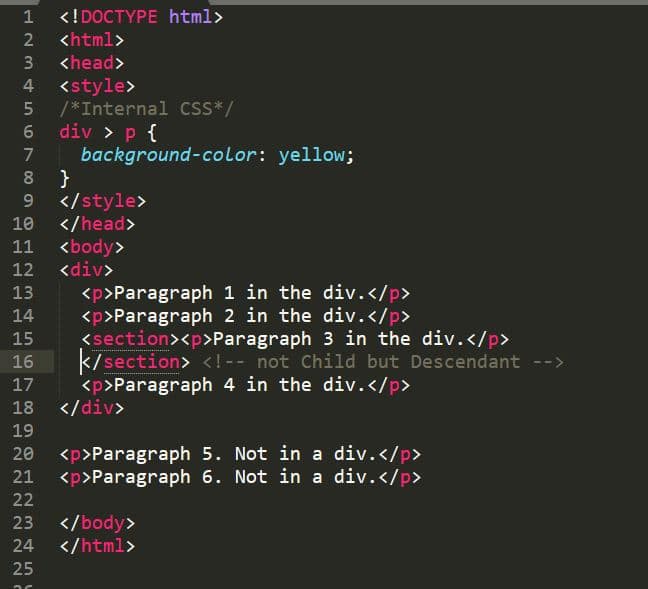 4. Descendant Selector
The descendant selector matches all elements that are descendants of a specified element.

The following example selects all <p> elements inside <div> elements: 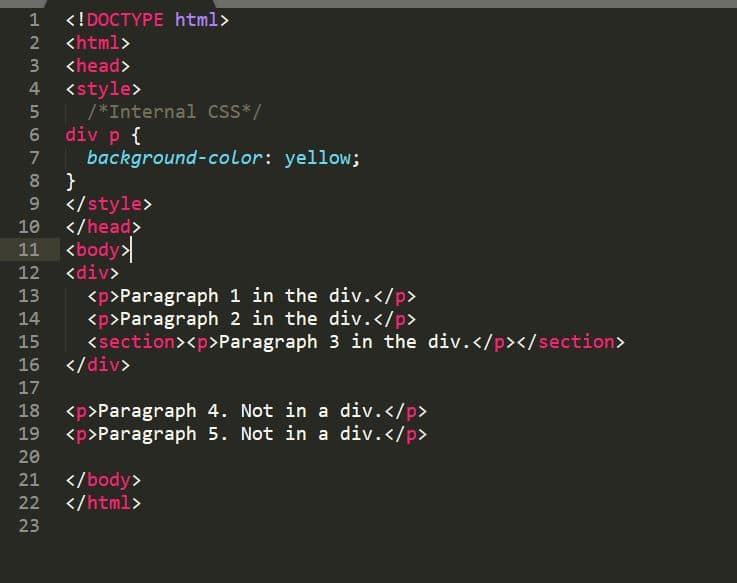 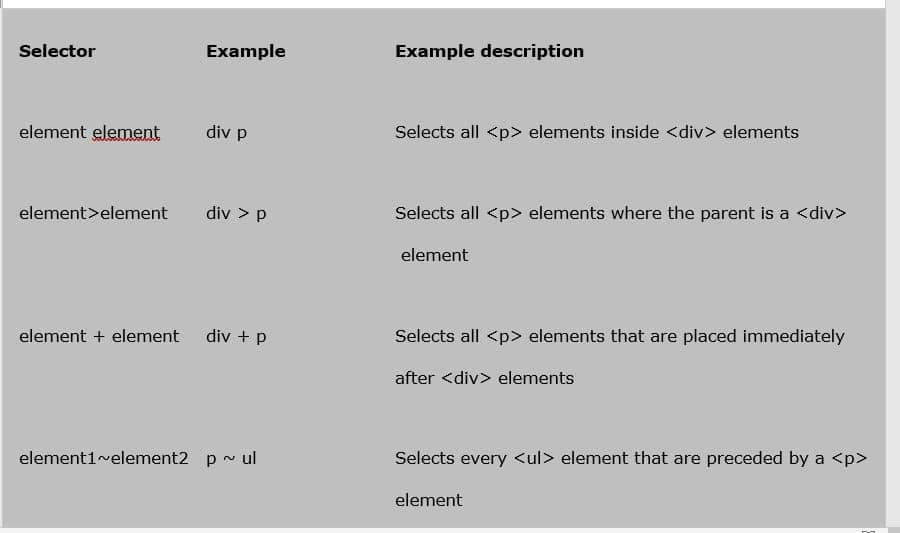